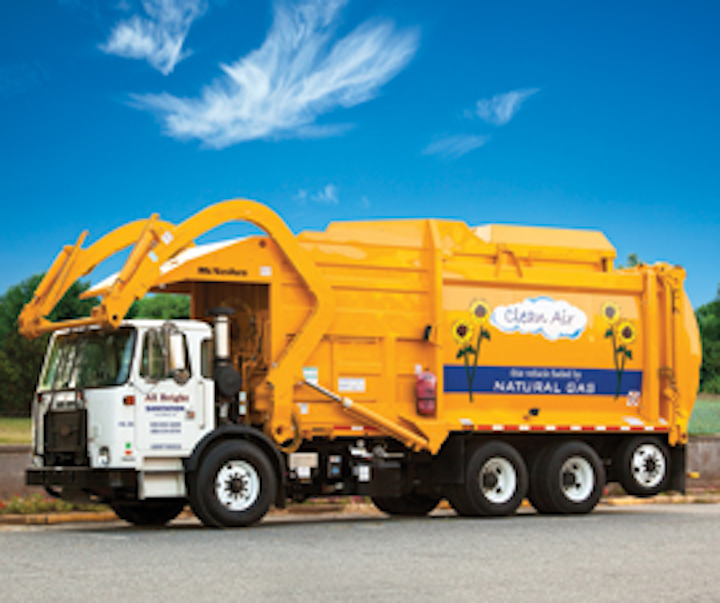 Although some projects came before financial incentives, the Internal Revenue Service Section 29 tax credits helped usher in the large wave of landfill gas (LFG) to beneficial use projects of the late 1990s. Electrical deregulation and the requirement for electrical providers to have a certain amount of green power in their portfolios helped keep things going, at least in some areas, in the new millennium. More recently, Section 45 tax credits have helped many continue the LFG to beneficial use trend as well as electrical pricing in certain now deregulated electrical energy markets. Not to mention those key non-electrical projects where LFG is directly used for heat or in some cases pipelines, fuel, or other means. So, if this is in fact the beginning of our young industry, do we have a future, and what might it look like.

First, LFG Projects Will Go On
There is and always will be a push toward eliminating waste. Some have suggested that this will in time eliminate landfills, or remove the biodegradable materials from the landfills that will lead to LFG. I see this trend growing in many areas of the country and world. You can see this in the large waste companies that are looking to compost and or digest highly organic materials to keep from having to transport them to landfills and to save landfill airspace. However, the population of this country and the world continues to grow, leading to more waste. Even with continued recycling, we have a long way to go prior to reversing the waste growth of population growth and “eliminating waste,” even if just the organic component, from our landfills.

Waste into landfills means LFG. Few areas of the country have shown marked long-term improvements in air quality in the last two decades since the beginning of many of the air regulations we have today. Many areas of the country continue to add additional regulations to further aid in the reduction in air emissions and air-quality issues. As examples, in California, a ballot measure in 2010 would have delayed a new air-quality landfill regulation, California Assembly Bill 32, until the unemployment rate dropped. This was a test of the theory “pocket book versus environmental stewardship.” The ballot measure was defeated soundly even during the trying economic times of 2009 and 2010. Thus, regulations to improve air quality, which lead to landfill-gas systems, will continue to grow in order to combat the air issues we face. Many recent regulations have also cast a larger net, including smaller and smaller landfills into the regulatory net, leading to new LFG systems on smaller sites that were previously exempt. So, with the future of landfills and LFG seemingly secure for the near future, what might we see in the future in terms of LFG to beneficial use projects?

Tried and Proven Will Go On
Electrical projects have worked in the past and will continue to be prevalent in the future. Recent improvements in both internal combustion engines and turbines have led to greater electrical output with lower emissions. I see no reason why this trend would not continue. Coupled with increasing regulations in the deregulated electrical markets of the country, the requirements of electrical providers to provide “green power” will continue to support landfill-gas-to-electricity projects. Further, some electrical markets in growing areas still need electrical power, and the price point is above that which can make an LFG-to-electricity project profitable and thus a reality. Based on this, landfill-gas-to-electricity will likely continue as a major player in the landfill-gas-to-beneficial-use market.

Direct-use projects, the third staple of our past, will also continue to flourish. Often the best project financially, the issue has always been getting transmission of the LFG from the landfill to the end user. Obtaining the rights of way, along with the sheer cost of the transmission pipeline installation, has always been the hinge factor. With further development of surrounding communities out toward the landfills bringing more users in proximity to the landfill, as well as the easing of right of way issues, or simply the cost effective supply of “green” gas, these projects will continue.

Projected Growth Sectors
Vehicle fuel-Four months ago I paid $5 a gallon for gas for my car. Albeit I live in California and have a number of factors working against me, more of my car rental gas fill-ups as I travel across the country were still above $4 per gallon. Thus, LFG beneficial use projects converting LFG to vehicle fuel I would consider to be a growth area in the terms of LFG beneficial use projects. Similar to LFG-to-pipeline projects, LFG-to-vehicle-fuel projects have benefited from the advancements in filter/cleanup technologies. Thus, a list of landfill-gas-to-vehicle fuel projects at the recent BioGas West conference showed some nine (biogas, including one dairy and one wastewater treatment project) projects nationwide now in operation. Almost all of the vehicle fuel projects have gone online within the last three years, with numerous other projects on the drawing board. So my suspicion is that in the next three years, the list of operational projects will be well over 25, with 50 to 100 projects within the realm of possibility. Several factors will contribute to this.

One, the US has an ample supply of natural gas, thus leading to Clean Energy Inc. and others building compressed natural-gas fueling stations all over the country. With increased fueling stations, there could be a large movement to clean burning compressed natural gas to fuel our nation’s vehicles. This has the added benefit of buying your fuel with the “made in the USA” logo on it as opposed to gasoline that originated in an area of the world in turmoil.

Two, the large waste companies and many others are moving toward compressed-natural-gas vehicles, as recent advancements in the torque of compressed-natural-gas vehicles have made them comparable to diesel but with far less emissions, which is great for garbage trucks, buses, etc. that are in people’s neighborhoods 95% of the time. Landfills often have a steady stream of fuel-consuming vehicles arriving daily. For route trucks, transfer station trucks, as well as other vehicles nearby, such as buses in the case of municipalities, as these vehicles are converted to compressed natural gas to meet environmental trends, the cheap fuel is a bonus.

Three, $5 a gallon; did I mention that. LFG to compressed natural gas can be made for a cost that is relatively cheap, including both small-scale and large-scale projects. Whether making enough for 10 vehicles using 100 cubic feet per minute, or, even better, when making enough for a 100 vehicles using 1,000 cubic feet per minute, landfill-gas-to-compressed-natural-gas vehicle fuel pays for itself. With prices coming in at about half of diesel, vehicle fuel is a growing option for LFG developers.

Four, making vehicle fuel comes, at least currently, with economic incentives. Whether it be RINs (nationwide) or, in the case of California, grants from the California Energy Commission, displacing diesel and other fuels with compressed natural gas can come with regulatory driven financial perks.

Fuel cells-Fuel cells have been around for decades. The primary fuel used in their development is hydrogen. While we do get a little hydrogen from landfills, the primary fuel is, of course, methane. Different techniques for converting methane to hydrogen have been developed and put into application. Most recently, BMW announced the launch of a $1 million multiphase project aimed at converting some of the methane it collects from Waste Management’s Palmetto Landfill in Wellford, SC, into hydrogen. BMW will initially determine the feasibility of making hydrogen. Follow-up phases could result in BMW using the converted hydrogen to fuel its fleet of hydrogen-powered material handling equipment. For more information, see www.goupstate.com, July 25, 2011.

Once we have the hydrogen, the fuel cells need to be commercialized. One of the leaders in this regard is the United States government-more specifically the Department of Energy (DOE). The DOE, along with its commercial partners, is striving to develop fuel cells in order to provide a cleaner, more efficient means of producing electricity. The commercial viability of fuel cells would provide the means for a large range of applications, from transportation to local electrical supply, especially in areas without access to a reliable power grid and developing countries.

Unfortunately, unless some major advancements occur via BMW or the DOE, it is unlikely that fuel cells at a landfills will go mainstream any time soon.

The unknown-When I was a child, we had a rotary dial phone. Some of you reading this may be wondering what that is. Others may be remembering a time before their family even had a phone. The point being, that new technologies are coming all the time. The biggest thing of the future may have been born in a young engineer’s garage earlier this morning. What it may be is left to our imagination.

With the growing population, and an upturn in the economy, we will likely see an incredible demand for natural resources, including power. Landfills contain a great deal of power in the form of the organic material within. An increase in the demand for power will lead to invention and improvements in our current forms, internal combustion engines and turbines, cleanup technologies to go into pipelines, conversion to vehicle fuel, as well as the creation of other ways to harness that power.