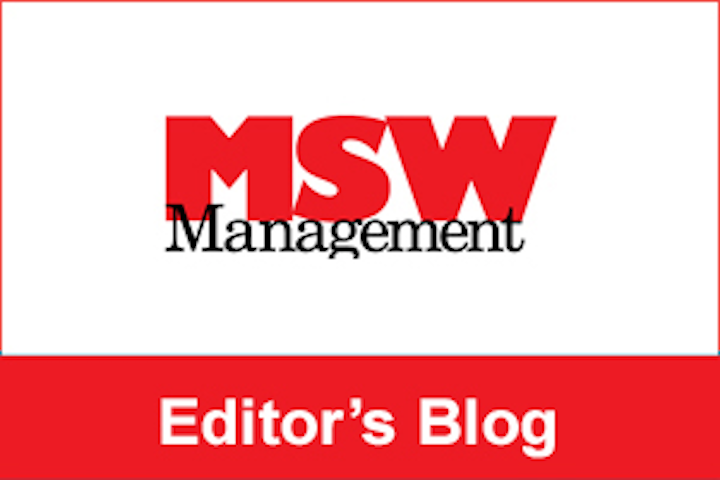 50 years ago this week, the nation’s goal of landing a man on the surface of the moon and returning him safely to the earth came to fruition as Apollo 11 completed the journey in response to a ringing challenge by then US President John F. Kennedy less than a decade earlier.

Perhaps lost in the excitement of the moment was something even more fundamental in the proposal…that we established for ourselves a mission and in seeming defiance to all the other challenges competing for our attention in the tumultuous decade of the 1960s, set a standard by which all future achievements will be measured.

So let me ask if a similar challenge to those responsible for dealing with environmental issues might offer advantages over today’s short term reach of politically determined actions?

Waste managers are charged first and foremost with getting today’s trash off the street and processed in some sort of orderly fashion that keeps it out of the sight, sound, and smell of those very same folks who dumped it in the first place without being recognized as participants in the daily round of activities at facilities nobody wants around.

All this, of course, must be accomplished on a budget that, instead of growing apace with other municipal services, is actually shrinking in relation to most. Well served though the public may be by our custodial duties, from a materials-management position not only are we not keeping pace with the challenge, but here in 2019 we don’t even seem to be playing a game of catch-up.

Perhaps it’s now time to focus our attention on horizons appropriate to the challenges, looking for opportunities to influence long-range outcomes, at the same time recognizing that in the US today, if you suggest a here-and-now solution to just about anything, half the people on your block are going to consider you an imbecile…or worse. That’s because confrontation lies at the heart of politics, and in my humble opinion there is not, nor can there ever be, a successful solution to our environmental challenges in that arena.

My guess is that while you might not find any worthwhile measure of agreement on what we should do about the environment in the short term, if you were to ask people what they would like to see, say, 50 years from now, you’d find if not consensus, at least far less discord…and that’s a good starting point. From there, you can begin to work backward to assess what might be necessary or even possible to approach the goal.

As we come to Apollo’s Golden Anniversary, perhaps it’s time to review Jim Lovell’s assessment of Apollo grand accomplishment, proving that if we set our sights on a target and then follow through resolutely, we can accomplish what are seemingly impossible tasks.