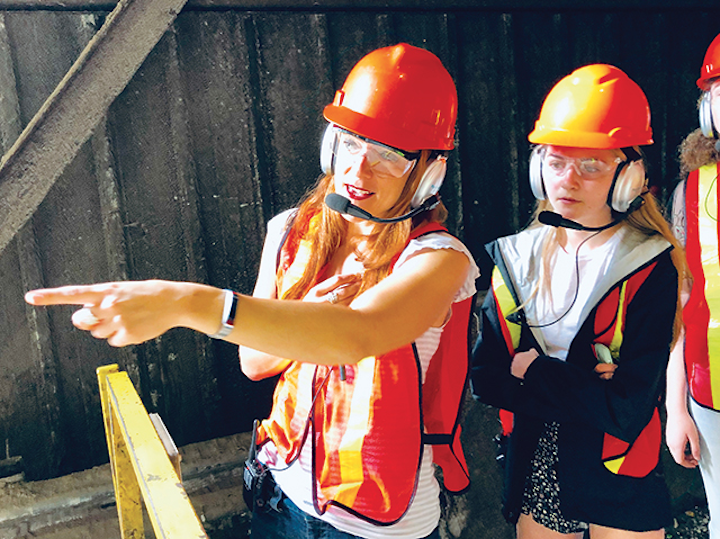 Krystal Noiseux oversees one of the nation’s most successful recycling endeavors as the manager of the Rhode Island Resource Recovery Corporation’s education and outreach program. After Rhode Island instituted a widespread conversion to automated recycling collection, contamination in the state’s mixed recycling reached an all-time high. Rhode Island Resource Recovery Corporation’s “Let’s Recycle RIght!” campaign aimed to simplify and standardize the messaging used to raise public awareness about recycling correctly. The state became the first in the nation to adopt society-wide bin labels, and it aligned all tactics and tools used to communicate about the mixed recycling program. Although other local governments and businesses had adopted the labels, Rhode Island had been the first to do so as a state and the first to use them as part of a creative awareness campaign, which attracted attention as the most advanced recycling solution and PSA campaign in US history. In 2018, the program earned SWANA Gold honors in the Communication, Education, and Marketing Excellence category.

What She Does Day to Day

Noiseux oversees six part-time staff who deliver some350 educational programs each year and conduct direct ­outreach in the community to ensure Rhode Islandersknow what the agency has to offer. “Our programs include a wildly popular field trip, presentations, and participation in community events,” she says. “Our services include waste assessments, support for litter cleanups, and general technical assistance.” Noiseux does guest lectures at area colleges and oversees a student project and internship program. She also manages content for the agency’s website and writes a weekly column, “Trash Tutorial,” in The Providence Journal, Rhode Island’s paper of record. “It’s a sort of ‘Dear Abby,’” she says. “But for trash.”

What Led Her Into This Line of Work
Noiseux’s fifth-grade teacher told her class that the landfill was Rhode Island’s highest point. “This is an incredibly common myth that I now get to debunk, but I’m grateful for what he said that day because it set me on a course early on,” she says. “I started asking a lot of questions and he took note of my interest. He’d cut out articles about environmental issues and bring related books and videos into the classroom. To this day, he’s still my favorite teacher. I went on to earn a B.S. in environmental science from Juniata College in Pennsylvania, an M.S. in wildlife ecology and conservation from the University of Florida, and was trained as a secondary science teacher at Providence College.”

What She Likes Best About Her Work
“Hands-down, it’s getting to give a Rhode Islander a tour of our facility for the very first time,” says Noiseux of her favorite work task. “There’s nothing like it. So many of our challenges stem from being disconnected. Most people don’t know how their ‘stuff’ came into being nor its fate when they’re done with it. It’s all so out-of-sight, out-of-mind. When people tour our facility for the first time, the veil is lifted on the end of the equation. I hear a lot of comments like, ‘I can’t believe all of this happens here,’ ‘I’ve never stopped to think about any of this,’ and ‘Every Rhode Islander should be required to come here.’”

Her Biggest Challenge
“No matter what we all grow up to be—teacher, nurse, mechanic, hairdresser, astronaut—we all make waste,” points out Noiseux. “Yet at no point are we ever required to learn how to manage it. That’s the biggest challenge—trying to catch the public’s attention voluntarily for long enough and with a limited budget. To meet this challenge, we’ve diversified the tools and the channels we use and remain laser-focused on simplifying and standardizing our message.” Currently, the agency is running a reboot of its award-winning “Let’s Recycle RIght!” public service announcement campaign. With its national nonprofit partner, Recycle Across America, and the help of many notable Rhode Islanders, the campaign is aimed at reducing contamination in Rhode Island’s mixed recycling with a standardized label for all bins. To date, the agency has more than 80,000 labels in place at about 250 locations with matching educational tools. More information on the national initiative is at www.recycleacrossamerica.org.