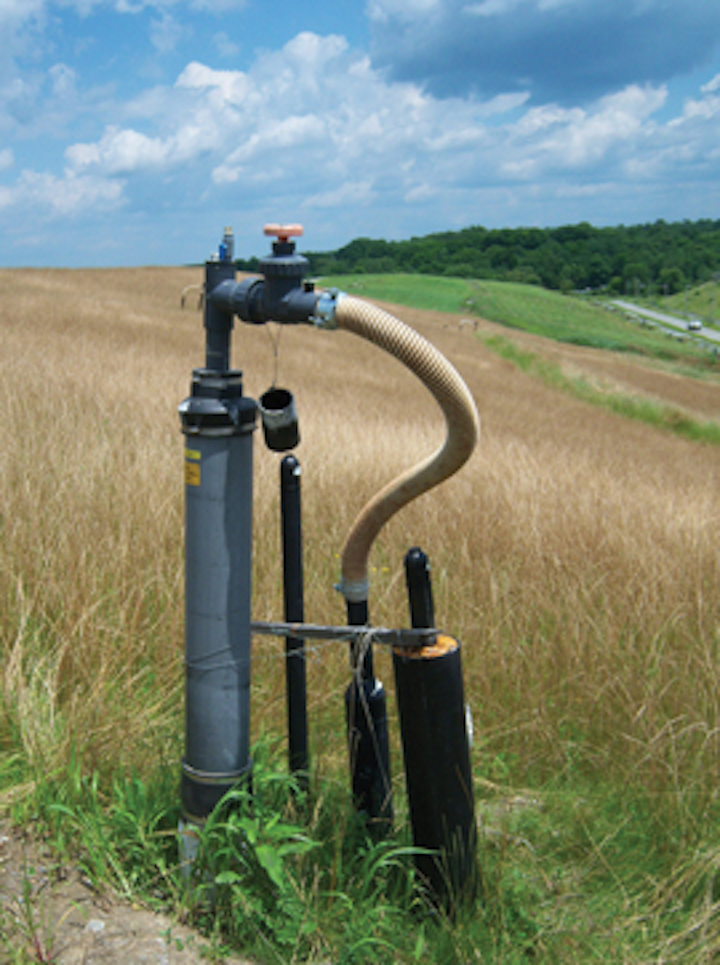 The second proposed rule is actually an Advanced Notice of Proposed Rulemaking (ANPRM), titled Emission Guidelines and Compliance Times for Municipal Solid Waste Landfills, where EPA is requesting information to assist it in a future rulemaking for existing MSW landfills under the Emission Guidelines (EG). The new EG rule would ultimately replace 40 CFR, Part 60, Subpart Cc and Part 62, Subpart GGG, and the existing federal EG rules as well as state and local EG rules. The current NSPS rule (40 CFR, Part 60, Subpart WWW) would remain in place until the new EG rule is promulgated and adopted at the state and local level.

EPA will be accepting public comment on the two proposed rules for 60 days following the July 17, 2014, publication in the Federal Register or by September 15, 2014. Links to the draft NSPS rule, ANPRM, and EPA factsheets on both proposed rulemakings can be found at www.epa.gov/ttn/atw/landfill/landflpg.html. Additional supporting documents are available in the rulemaking docket.

New Landfill Construction, Modification, and Reconstruction
The proposed NSPS (40 CFR Part 60, Subpart XXX) for new landfills would make a number of changes to the current landfill NSPS (40 CFR Part 60, Subpart WWW). The current NSPS will remain applicable to MSW landfills on which construction, modification or reconstruction was commenced on or after May 30, 1991, but before July 17, 2014 (the date of publication of the new proposal in the Federal Register). The current NSPS rule is being used by EPA as baseline for the creation of the new NSPS; however, the changes will only apply to new landfills as defined under 40 CFR Part 60, Subpart XXX—new landfills initially constructed after the Federal Register publication date and existing landfills that modify or reconstruct (i.e., increase the permitted design capacity) after the publication date. These changes include:

Other Clarifications and Changes
EPA is proposing other clarifications to address issues that have been raised by landfill owners or operators during implementation of the current NSPS or issues that EPA believes should be addressed:

Information/Comment Requests
In addition to the proposed rule changes, EPA is also requesting additional information and comments on the following topics:

Section 111 of the Clean Air Act requires EPA to review standards of performance at least every eight years and, if appropriate, revise the standards to reflect improvements in methods for reducing emissions. EPA was sued by the Environmental Defense Fund for failure to revise the existing landfill NSPS and, under a consent decree, agreed to propose and take action on new standards. The final rule is scheduled for promulgation on March 10, 2015.

ANPRM for Emission Guidelines and Compliance Times
In its ANPRM, EPA indicated its intention to consider the information received in response to the ANPRM in evaluating whether additional changes beyond those in the proposed new NSPS rule for new sources are warranted for existing sources. The ANPRM does not contain any proposed rule language; rather it is a large request for information to assist EPA in a future rulemaking.

Many existing landfills, as they are now defined (with the new rules, this would include all existing EG landfills and all landfills current subject to 40 CFR Part 60, Subpart WWW that are not subject to the new NSPS), are currently subject to control requirements in either the current NSPS, or the federal or state plans implementing the landfill EG. EPA believes that these guidelines merit review to determine the potential for additional reductions in emissions, both for NMOCs, as well as methane, to be consistent with the President’s Climate Action Plan and accompanying Methane Strategy. In the ANPRM, EPA lays out a series of issues and questions on which it would like comments.

As with the other proposal, comments must be received by EPA on or before 60 days after the publication of the ANPRM in the Federal Register or by September 15, 2014.

Potential Impacts on the Industry
It would appear that after 12 years of consideration for updates to the NSPS rule (the first proposed revision was in 2002), EPA has simply “kicked the can down the road” for many of the major rule revisions that were being considered. On first glance, the proposed new NSPS rule would appear to have a minor effect on the landfill industry, because it is likely to impact only a small number of future “greenfield” landfills, as well as a small percentage of existing landfills that undergo expansion in subsequent years. However, this is not the case; the proposed rule will have a major impact on the entire landfill industry in several ways.

Second, many of the proposed changes to the rule will make compliance more difficult and expensive for the landfill industry, some without a requisite benefit to air quality. As an example, the change in the SSM provisions and the elimination of the one-hour-and-five-day downtime thresholds creates a situation where any or all instances of GCCS downtime may be considered violations by regulatory agencies, subject to enforcement action and fines. Further, it creates a presumption that all GCCS downtime events result in excess emissions, which is not true. Landfills are unique emission sources, in that when their control devices go offline, they do not immediately have excess emissions. Besides the SSM provisions, there are various other rule changes and so-called clarifications that will be burdensome to the landfill industry. In fact, very few actually improve the current situation or resolve any of the issues the landfill industry has had with rule implementation to date.

Third, the proposed NSPS rule contains a large number of requests for comment and information from stakeholders on a variety of topics. With the information submitted and considered, EPA has the ability to add further provisions to the final version of the rule, depriving the industry of the ability to comment directly on any new rule language. This makes the industry responses to these requests for comment critical in terms of helping to properly frame EPA’s rulemaking process.

Beyond the new NSPS rule, with the ANPRM, the EG rule is now an open book with a huge universe of possible rule revisions and options that EPA would have at its disposal. The items upon which EPA has requested comments cover a wide range of possible issues, some of which go beyond the scope of previous rulemakings. While there is no specific rule language to comment on, it will be incumbent on the landfill industry to provide EPA with a compelling argument to support our position on the key issues. The impact of the EG rule revision is very far reaching since it will ultimately affect the entire universe of existing NSPS and EG landfills.

Industry Comments
The landfill industry is currently conducting a detailed review of the two proposed rules, as well as the accompanying documentation that EPA has placed in the docket. It is a daunting task—one that will clearly take more than the allotted 60 days. Therefore, the first comment the industry is likely to make is a request for more time.

Beyond that, the industry will update and resubmit previous comments and information on certain topics where EPA appears to have ignored what was provided to them. The general intent is to comment at the “big picture” level on the overall framework EPA has established for the rulemaking, as well as on the details of each specific rule change and request for information. The industry will be engaging other stakeholders who may hold common views to ours to show solidarity on specific comments we make, including the Small Business Administration, state and local air agencies, and such. A meeting will be requested with EPA staff to discuss some of the major issues with the proposed rule prior to the submittal of industry comments. Comments will be submitted through the Solid Waste Association of North America (SWANA), National Waste and Recycling Association (NWRA), as well as from individual public and private landfill owners/operators. This is certainly a “game changer.”