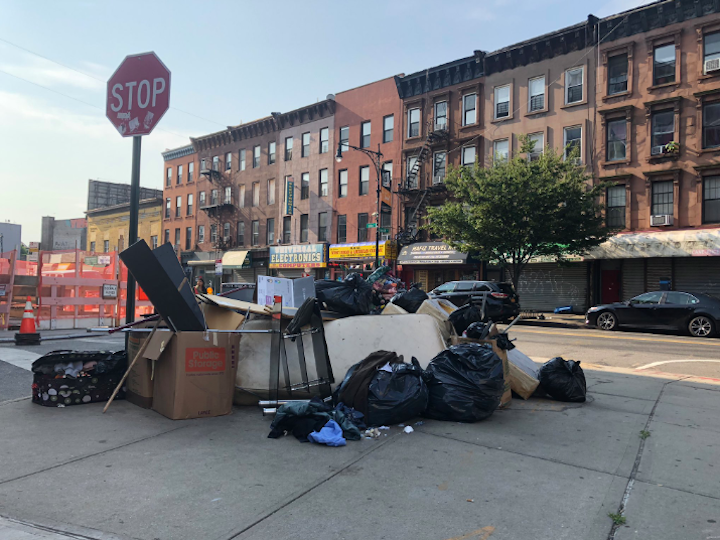 Residents of New York City throw away 12,000 tons of trash and recyclables every day. The annual operating budget of $1.7 billion makes the city the largest municipal waste operation in the US. Although trash seems to be piling up on the sidewalks in greater quantities every day, the amounts collected have decreased in the past decade—down to 3 million tons in 2018, from 3.2 million tons in 2008 (Source: The New York Times).

After living in New York for several months, the trash on the streets has become another ubiquitous part of the city’s landscape for me. I hardly notice a mattress left on the sidewalk or a pile of garbage bags in a subway station anymore. However, some of the city’s locals have taken to Twitter to share their opinions on the litter problem along with photos of the trash in their neighborhood. Bikers complain about bales of recycling being thrown into a bike lane, making it impassable. 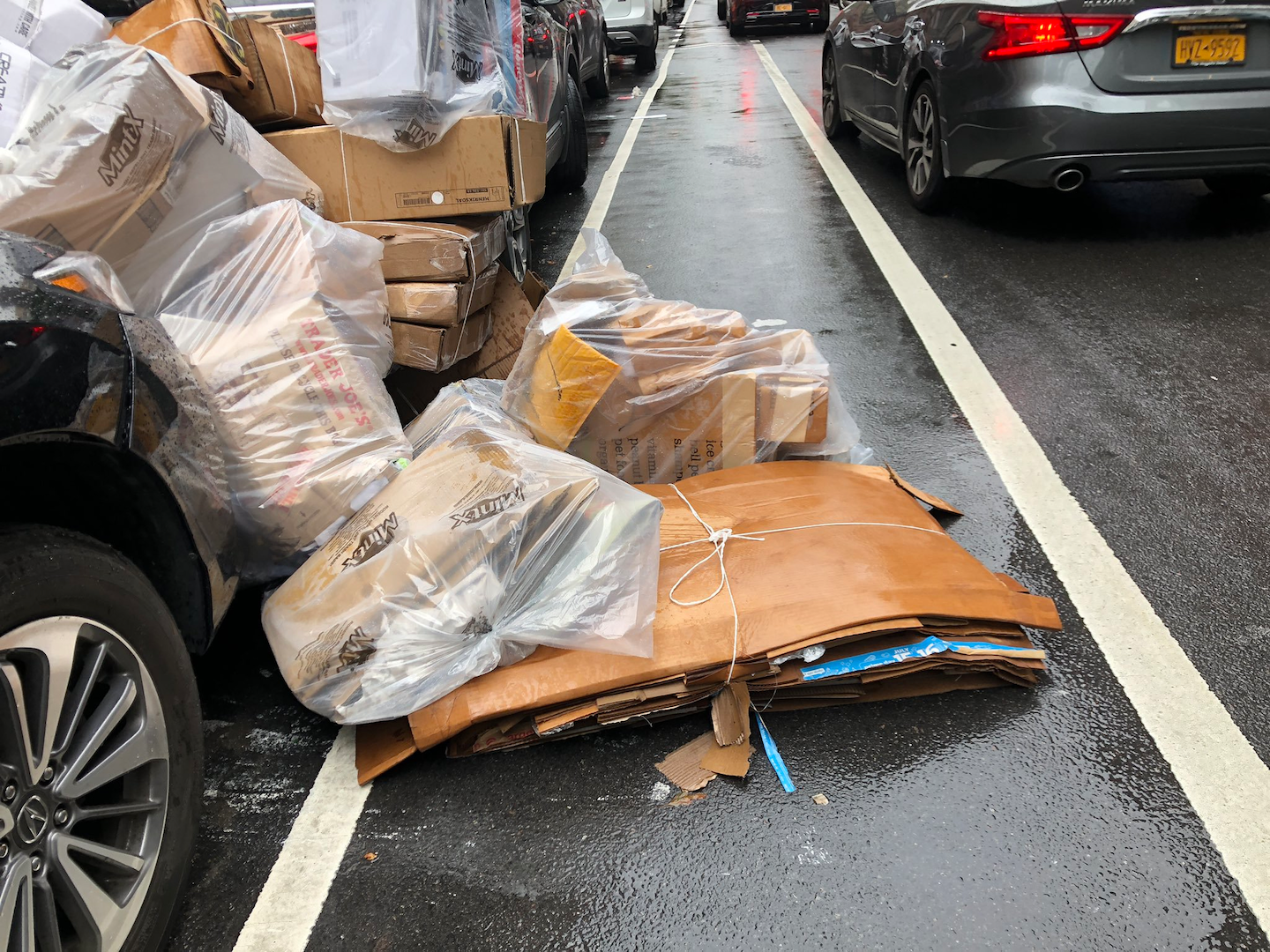 According to Winnie Hu of The New York Times, “One constant challenge is the city’s system of curbside trash pickups. Other cities like Chicago have alleys where trash can be stored out of sight—and out of the way—in metal dumpsters.”

Residents will use public trash cans as receptacles for all of their household trash—although there is a fine for those abusing the system in this way, it has done little to prevent cans overflowing with all kinds of trash.

Currently, a design competition called BetterBin is underway, with the goal of creating “a practical and efficient litter basket for New York City.” This summer, two prototypes are undergoing testing in a few different neighborhoods to see which is most efficient. Though trash from litter baskets is less than 2% of the City’s total waste produced, the basket “helps shape our attitudes and behaviors around waste in general.” Partners of the design competition include the New York City Department of Sanitation, the nonprofits Van Alen Institute and the Industrial Designers Society of America, and the American Institute of Architects – New York. Read more about the competition at www.betterbin.nyc.