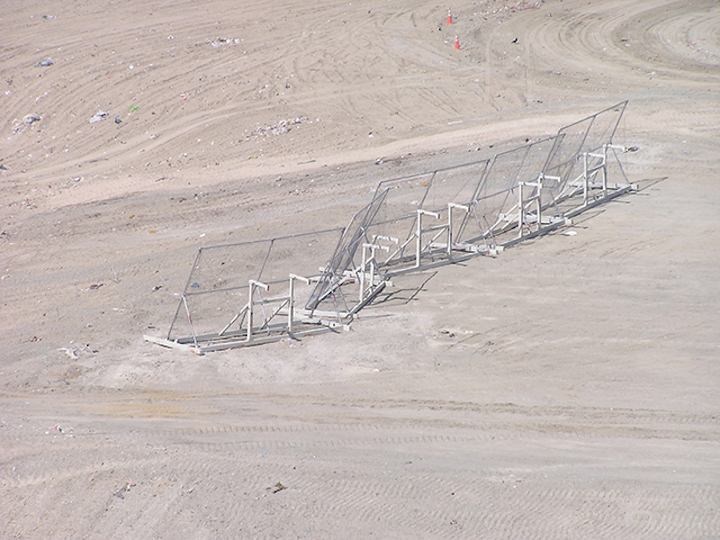 TECHNOLOGY HAS BROUGHT many changes to the waste industry.

But despite the many technological advances that landfills have enjoyed, some things just haven’t changed all that much. When the wind blows, litter goes with it…and your sanitary landfill ends up looking like a dump. And while some facilities admittedly have more wind to deal with than others, virtually no sites are exempt.

For as long as I can remember—which is longer than I care to admit—landfills have focused on litter control. That’s not a bad thing, because there will always be some amount of wind-blown litter that needs to be controlled.

Let’s start by dissecting this broad topic of litter control, which could more accurately be described as control and collect.

Trash becomes litter when it starts moving away from its intended place in the truck, at the face, etc. 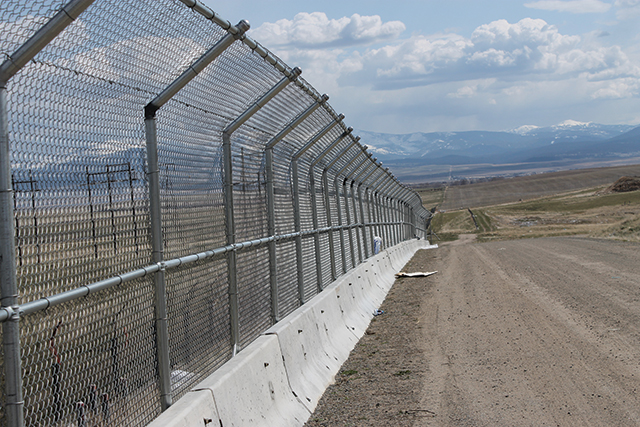 CONTAINMENT
Perhaps the first level of containment is within the load itself. Litter that spills from an un-tarped pickup or boils up from an open top transfer truck is a common source of roadside litter near waste facilities. This type of litter is easily controlled by establishing specific policies for workers and for customers—a fee or fine for uncovered loads…and then having the fortitude to enforce them.

Containment includes litter screens, fences, and any other type of infrastructure that can catch and hold litter. Sounds simple…but we all know it’s not. If it were, then every landfill with a litter screen would have solved their litter problem long ago.

There is a science to catching and holding litter. It’s not rocket science, but even if it was…we can send a rocket to Mars, as long as we understand the underlying principles of gravity, force, acceleration, etc. Same ideas apply when solving litter problems.

These are the basic principles of litter. And in order to effectively control litter, you must erect litter fences, keep them clean, and minimize gaps that can allow litter to leak through the fence.

There are three basic types of litter fences: portable fences that can be quickly positioned around the active fill area, temporary fences that are located downwind of the active area, and permanent fences that are typically erected along the perimeter of the landfill.

PORTABLE LITTER SCREENS
These units resemble a small backstop, like the ones around a Little League baseball field. The best ones are durable, portable, tall enough to catch most blowing litter, but short enough to be stable when saturated in a strong wind.

Many landfills build their own fences, using metal tubing, drill pipe, chain-link fencing, or whatever is available from the metal scrap pile.

There are also a number of manufactured portable screens that work very well. The Bull Litter Fence, made by Metta Technologies, is a well-built fence that is popular because of its durability, and the fact that it is adjustable-frame allows it to adapt to many different types of tractors.

An increasing number of landfills have portable litter screens, but incorrect deployment makes them ineffective at most sites.

There are three common problems:

Litter fences work along the same line as that SuperGym gathering dust in your spare bedroom. You know—the one you bought so you can get back into shape. The one that you never use. Having portable screens is only part of the solution. The other part is using them effectively.

TEMPORARY LITTER FENCES
The classic temporary litter fence is built with metal T-posts and chicken wire. Yes, there are many variations of homemade and manufactured systems available. The type of fence is important, but less perhaps than you might think. Temporary fences must be set up perpendicular to the wind, and they must be kept relatively clean. A plugged litter fence is not a screen—it’s a wall, and its effectiveness will decrease in direct proportion to its level of (litter) saturation.

To be effective, temporary fences must be set up perpendicular to the prevailing wind direction, but because even a slight shift in wind direction will cause litter to migrate along the fence, there must be stub fences or other catchments spaced regularly along the fence. If you think of the fence as a line, those stub fences are short segments placed every 50 feet or so. These can help minimize the tendency of litter to migrate along the fence if they happen to be not exactly perpendicular to the wind direction. Taking this concept one step further, we sometimes see cages that are integrated into the fence to create pockets or catch-points, with a top or awning of wire vertical to the fence to keep litter from blowing up and over the fence.

The concept of creating pockets or storage built into these fences can be enhanced by constructing the fences in a zigzag pattern, with a strip of fencing stretched across the top of every zig...or is it every zag? Anyway, the point is to create storage capacity in the fence. This picture shows temporary litter fence with a top and a pocket. This particular landfill is operated by Riverside County (California). These guys do a great job in regard to containing litter.

PERIMETER LITTER SCREEN
Perimeter screens serve two important roles: First, they provide a secure line of defense to catch any litter that made it past the portable or temporary screens, and second, they present a visible, public statement of making every effort to control litter.

Most perimeter litter fences are 10–30 feet high and are located along an all-weather access road. It’s important to provide access for a manlift or cherry-picker because if/when litter gets caught on the fence, you’ll want some way to clean it. Plastic bags, or paper that gets caught and subsequently wetted by rain or snow, will become stuck on the fence. A clean perimeter fence projects a positive image, but a litter-strewn fence does just the opposite. If you build it, you must maintain it.

Some progressive landfills use a vacuum truck to collect litter along a perimeter litter screen. The Lewis and Clark County (Montana) Landfill does a standout job of combining perimeter fencing with a vacuum truck (see photo). Again, this requires that you provide good, all-weather access along the fence alignment. But with careful planning, integrating a vacuum into your litter control system can be a real time-saver.

KEYS TO AN EFFECTIVE LITTER FENCE
Over the years, we have seen hundreds of variations of litter fences, and all too often, they aren’t as effective as they could be. Remember, once a litter fence becomes completely plastered with litter, it becomes a wall and the wind goes over the fence and carries the litter with it. If the fences aren’t cleaned regularly, you will see fences plugged and then a significant drift of litter beyond the fences.

LITTER PICKUP
Once litter has been controlled—caught or trapped by a fence—your crew will have to go and pick it up. Or worse, if you don’t have any fences or an adequate number of fences, the litter will be strewn downwind from your landfill for some distance, and again, it must be picked up by hand…one piece at a time.

I say “by hand,” meaning it must be done manually. But rather than use bare hands, litter pickers should use leather gloves, or even better, a mechanical grabber. This is an important safety consideration, especially in areas where snakes, scorpions, tarantulas, or other creepy crawlies might hide underneath a piece of litter.

There is a science to controlling and collecting litter, but I’d like to leave you with another thought—and that is Litter Prevention. Sure, you can be very efficient at controlling and collecting litter, but wouldn’t it be better if we could simply prevent litter from blowing in the first place? Join us right here next month as we dive into litter prevention.