Processing Landfill Gas for Energy Use 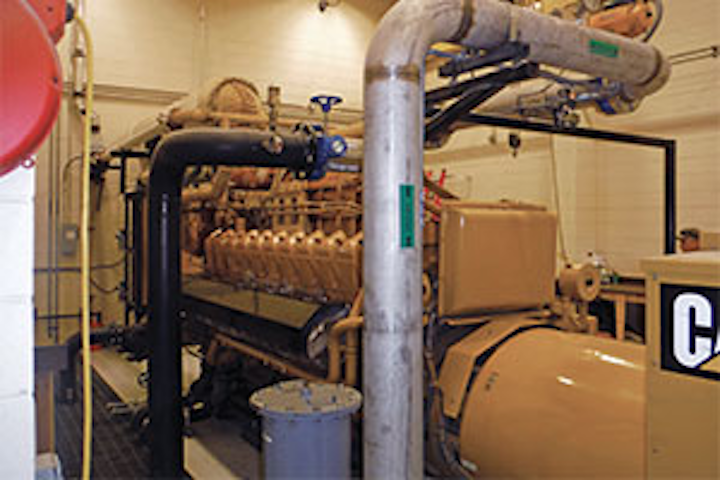 Landfill gas (LFG) is getting lots of attention these days. It’s a greenhouse gas. It’s a renewable energy source. It’s also the cause of one of the most widespread regulatory issues in the landfill industry: LFG migration.

LFG is also a considered a renewable energy source because what you extract today will be replenished tomorrow as more of your landfill’s waste makes the transition from solid waste… to landfill gas.

Lateral migration of landfill gas has historically been a common problem at unlined landfills. But now, with more and more landfills conducting surface emission monitoring, even lined landfills are having to deal with LFG that is moving out of the waste mass of the landfill.

All of these factors may work to incentivize you (a nice way of saying, “Do it or else!”) to develop some type of LFG control systems.

So, finding economical or even—dare we say—profitable options for utilizing LFG makes more and more sense.

There is, of course, a wide range of choices for how to best deal with LFG—assuming you have moved beyond the “ignore it” option. These choices begin with passive venting (to the atmosphere), followed closely by candlestick flares and enclosed flares.

But as we move toward what is often referred to as the highest and best use, we will utilize the methane component of LFG as a beneficial energy source. Yes, methane—like its sound-alike flammable cousins propane and butane—is a flammable gas and a great source of energy. Specifically, methane has approximately 1,000 BTU per standard cubic foot (SCF).

But remember, LFG contains only about 50% methane, so unfiltered LFG has approximately 500 BTU per SCF and so is classified as a medium BTU gas.

If you are currently converting LFG to energy—or thinking about it—you are not alone. According to the EPA’s Landfill Methane Outreach Program (LMOP), 637 landfills in the US currently have Landfill Gas to Energy (LFGTE) programs, and another 400 or so are candidates for the same thing.

LMOP includes in their LFGTE list the processes of generating electricity, providing steam or sending out the LFG as pipeline-quality gas, and a range of other uses. Remember, methane is not some exotic landfill gas that behaves like a natural gas, but it is in fact what natural gas is made of. Yep, natural gas is mostly methane, with some small percentage of propane, butane, and other constituents. Methane is natural gas, thus named because it occurs naturally as organic matter decomposes. That’s why you’ll find methane in oil wells, coal mines… and landfills.

The problem is: LFG is not pure methane. LFG contains only 50%–60% methane. Most of the remainder is carbon dioxide—along with various other compounds. So, using it as an energy source is not as easy as it might appear. Depending on how you intend to use it, LFG will require some processing.

There is moisture in LFG, and removing it is a key part of that processing. Some moisture removal occurs as a byproduct of extracting the LFG.

When LFG is extracted from the warm, humid environment inside a landfill via a surface pipe, that moisture condenses inside the pipe. It’s the exact process that causes moisture in the air to condense on the outside of your glass of iced tea. Warm air can hold more moisture than cold air, so when that LFG cools, there is condensation—inside the pipe.

Much moisture drops during the transportation process, and this fact can be used to your advantage.

Processing Varies Based on End-Use
Your desired end-use will dictate how much processing is required. So too will the quality of your landfill’s gas. For a basic flare system, very little processing is required, but as you move up the ladder of energy generation, increasing levels of drying, cleaning, and filtering are necessary.

Not surprisingly, cleaner gas generally means higher value, but that doesn’t mean every LFGTE system should move to produce pipeline quality gas. First, you must understand your local energy market(s) and your production costs. An “If you build it, they will come” approach might work for a baseball field, but it can lead to expensive mistakes in the LFGTE business. There are always economic considerations.

Flaring
Nearly all landfills that have an LFG extraction system also have a flare. For some of those facilities, the flare is the primary processing tool, used to break down the methane molecules into something else—namely, water and carbon dioxide.

For other landfills, the flare is on the bench, available to step in if the primary LFGTE system is down for maintenance or repairs.

For the flare, virtually no processing of LFG is required, aside from removing moisture (condensate) before the gas reaches the blower. LFG condensate can be—and typically is—very corrosive. So, getting it out before it reaches the mechanical portion of the system is important.

In the industry, LFG treatment processes are referred to as primary or secondary.

A primary treatment system removes moisture (condensate) and may filter out particulates. Primary treatment is generally adequate when LFG is used as fuel for a boiler or kiln.

Boiler Use
For systems that are simply using the thermal energy of LFG, what’s good for the flare is good for the boiler, meaning that the drying and compressing that is done at the landfill’s LFG plant is likely sufficient to prepare the gas for a boiler. This type of system is known as direct use, where the LFG is sent—more or less—directly to the boiler.

In some cases, a limited amount of filtration may be required to remove particulates, but boilers and kilns can generally use LFG pretty much as is. Of course, there may be some pressure adjustments required—to ensure that the LFG reaches the boiler with adequate pressure.

But as we move toward more sophisticated end-uses, more advanced treatment of the LFG is required.

Secondary treatment systems provide a more rigorous level of filtration, adsorption, and absorption—often used to remove siloxanes and/or sulfur compounds. These treatments are typically required when LFG is used as fuel to generate electricity.

Internal combustion engines (ICEs) are the most common conversion technology for LFG—for a variety of reasons. They represent relatively low cost and high efficiency. What’s more, there is enough variation in engine size to work well at landfills producing as little as 300 CFM of LFG. Larger engines are available for use at landfills with more flow, and these systems often have an array of multiple engines. LFGTE systems can utilize multiple ICEs like building blocks, allowing them to fit the gas flow rate at many landfills. Such systems can also accommodate future increases in gas production… by simply adding more ICEs.

ICEs can be susceptible to corrosion depending on the constituents in the gas and the effort put into processing the gas before it reaches the engine, but in spite of that, they are still the most common means of generating electricity from LFG.

But at some point—at higher LFG flow rates—a gas turbine may become a better option. This is because gas turbines can (generally) produce electricity at a lower cost… but again, this economy of scale doesn’t kick in until gas flow rates consistently meet or exceed 1,300 CFM.

There are pros and cons to gas turbines—you knew there would be. They generally take up less space, so they can be sited on a smaller footprint—and they are less susceptible to corrosion than ICEs. But additional processing—to remove siloxanes—may be required.

At one point, microturbines were all the rage—bringing to the table a relatively low-cost entry for small or low-flow landfills. Some of these early installations got a bad rap before the industry recognized the need to adequately dry and clean the LFG.

Microturbines also can operate with LFG containing as little as 35% methane—an important factor at sites with low-quality gas. They also have the flexibility to daisy-chain multiple units together as LFG flow rates change over time.

As you might expect, the cost per kW (for microturbines) is usually higher than either ICE or gas turbine systems, so the economy of scale just isn’t there, but for small facilities, microturbines are a viable option.

It’s important to keep in mind that some of the most effective LFG systems are hybrids. When LFG is used to create electricity, the exhaust heat can be used to provide additional heating.

High-BTU Gas
The top rung on the LFGTE ladder is to create a high-BTU gas. This is essentially converting LFG to pipeline quality gas that can actually be injected into a natural gas distribution pipeline—or used as compressed natural gas (CNG) fuel for vehicles. We increasingly see fleets of pickups, transit buses, or garbage trucks that are powered by LFG-derived CNG.

This type of application is a real winner in the public perception arena. Think, for example, how cool it would be to learn that the neighborhood garbage truck is picking up your trash while operating on LFG that was, in some part, generated from your previous trash. That message is a powerful example of how to close the environmental cycle.

The problem is that creating high-BTU gas can be very expensive and may be heavily dependent on government grants or other subsidies.

Much of the cost is due to the amount of additional processing that is required. LFG does not come off the shelf ready-to-use. Where a boiler or electricity-generating system may be somewhat forgiving in terms of non-methane content, a high-BTU gas system will set standards that make your drill sergeant seem like a pushover.

You’ll need to use scrubbers, membranes, sieves, and/or activated carbon to remove everything that isn’t methane—a list of constituents that often includes carbon dioxide, oxygen, nitrogen, and hydrogen sulfide… just for starters.

There’s no question that these processes—and the equipment that allows them to happen—are still developing. The industry is evolving and what isn’t cost-effective (or even possible) today may well be tomorrow.

It’s also worth noting that some of the LFGTE issues we currently face may be a result of current or historical landfill operations. The intrusion of oxygen or nitrogen—and the subsequent need to filter it out of LFG—is often due to over-drawing (i.e., applying too much vacuum) the LFG collection system. This is commonly done to minimize lateral migration of LFG—or to control surface emissions. The idea is that if you aren’t getting enough LFG, increase the vacuum.

You may point to the lack of adequate landfill liners in some of those cases, but excessive use of cover soil during the landfill’s active life is also a significant factor. Layers of soil within the landfill—if not removed prior to placing additional layers of waste—may act as confining layers, limiting the flow of landfill gas within the landfill. By compartmentalizing the cells within the landfill, your gas wells may draw gas from one area but not from others—at least not uniformly. This phenomenon is most pronounced at landfills in wet climates where clayey soil was/is used for daily and intermediate cover.

Ask any farmer, when you plant beans you get beans—and the way you operate your landfill today will have an impact on how effective your LFGTE project will be tomorrow.

If you are contemplating an LFGTE project, spend plenty of time researching. Thankfully, you’re not the first one to tackle this type of project. Contact your peers or the folks at LMOP to find out what worked well… and what didn’t. Others are finding ways to make this work—you can too. 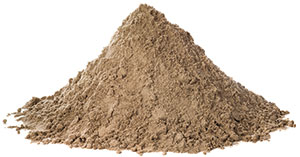 Siloxanes find their way into landfills—and landfill gas—through their use in cleaning products, cosmetics, and some lubricants. And, when LFG (containing siloxanes) is combusted, silicon dioxide is created. Silicon dioxide: It’s what sand is made of.

Imagine how the introduction of powdered sand could impact the maintenance cost of an internal combustion engine.