American Recycling: Exporting Our Way to a Greener Tomorrow? – Part 2 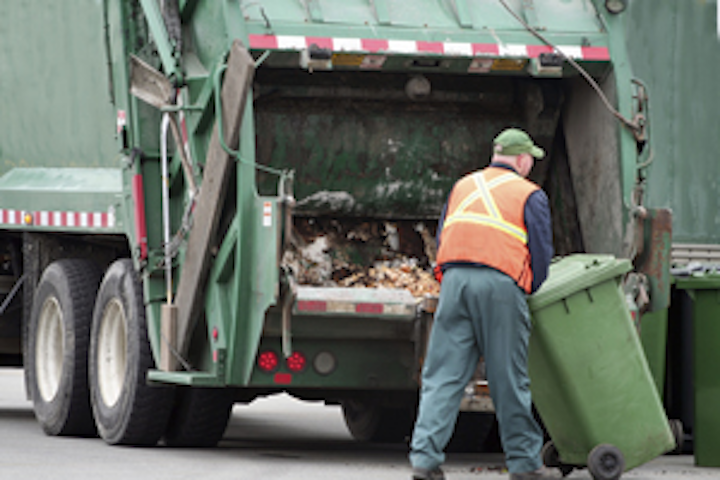 Textiles
The recycling of textiles is at least a 200-year-old business evoking the image of Dickens’ urchin living off the scraps of the British upper classes. Over the past five years, the percentage of textiles recycled has stayed constant. The US produced 13.12 millions tons of textile waste, leaving 11.15 million tons of waste to be disposed of in 2010, a 15% recovery rate. People take their old clothes to places like Goodwill and Salvation Army, who then cull the best materials for their showroom floors, sending the remaining materials to a rags industry made-up of workers able to recognize differing types of fiber. Generally, the textiles are split into five categories. Shoes are sorted out and kicked-off to countries in South America and Africa; trousers and skirts are unzipped and sold to the flocking industry, whose motto is “Can you imagine a world without flock?” These materials become fillers for things such as roofing felts and loudspeaker cones. Woolen garments become yarns. Cotton and silk are sorted into grades and sold to folks who make items such as wiping cloths, and those items that can still be worn as clothes but not in this country are shipped to lesser developed countries to be sold or given away. Rubber and leather added 7.78 million tons and shared a similar recovery rate as other textiles, leaving 6.61 million tons domestically astray.

(PET) Plastics
Polyethylene terephthalate (PET) is a thermoplastic polymer resin used in synthetic fibers to produce food and beverage containers. There was a time when most containers were made out of glass. Baby bottles, for instance, were made of glass. In hospitals, intravenous fluid had been contained in glass bottles hanging above patients who felt lucky to no longer need worry about medical leeches. Today, IV plastic sacks have replaced those glass bottles. The glass bottle market share, in other words, has dropped considerably over the past four decades.

According to the National Association for PET Container Resources (NAPCOR), which makes its home amongst the heavily glass bottled wineries of Sonoma, CA, approximately 29.1% of the PET post consumer material is recycled. Table 1: PET Bottles Recycling Rate, was culled from one of NAPCOR’s reports showing that the recycling rate of PET bottles has been between 20 and 29% over the past ten years.

Where do these recycled bottles go? According to Dennis Sanbourin, the executive director of NAPCOR, “Approximately 50% of the post-consumer PET is exported, and the vast majority of that is consumed by China.” In NAPCOR’s most recent report, exported PET has accounted for 45% of all post consumer PET between 2000 and 2010. Since 2006, the percentage of PET exported has averaged off of US shores and mainly China by 54%.

NAPCOR’s members fall into four categories: PET resin manufacturers, such as Eastman Chemical Co.; PET bottle manufacturers, such as Colgate-Palmolive Co.; PET thermoform and sheet manufacturers, such as Sonoco Plastics; and the many suppliers to the PET industry, such as Evergreen Plastics. These companies understand the difficulty of capturing recycled resin. Recycling of PET is hampered if there is not enough volume of material in a short period of time to recycle. Plastic’s relative low weight, which gives it a market advantage to glass in the container competition, inhibits rural and island communities from cost-effectively recycling this commodity. There are economic constraints that limit the amount of PET that is recycled to an average of 24% over 10 years. China has increasingly become more competitive in the post-consumer PET market and has taken the lion’s share of the 45% it has captured. Sanbourin says, “China is an importer of this material from global sources such as the United States, South and Central America, Europe, and Asian countries.”

Rumors abound that China is gearing up an internal recycling collection program, but that is unsubstantiated. When asked this question, Sanbourin replied, “If there is a God, this will happen.” China’s appetite for this product raises the price of the material, cuts the supply, and forces domestic consumers to buy more virgin resources that tend to be more costly. America’s appetite for consuming PET does not look to be on the wane but its recycling rate is struggling to break the 30% mark.