American Recycling: Exporting Our Way to a Greener Tomorrow? – Part 3 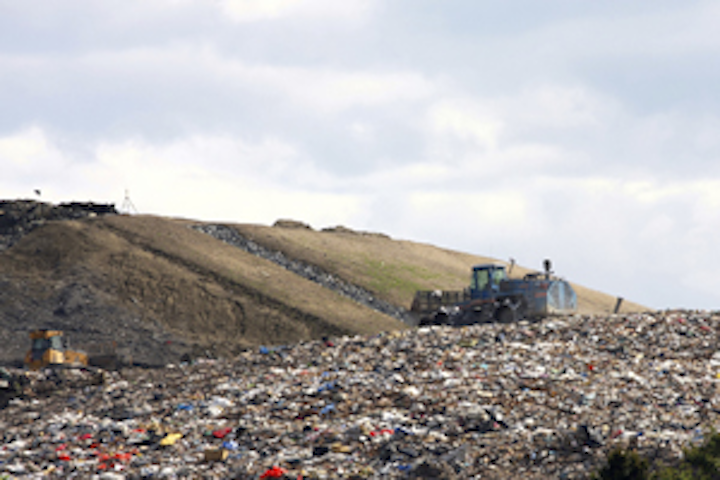 E-Waste
The EPA’s executive summary of electronic waste management estimates that the use of electronic products has grown substantially over the past two decades. Published in 2011, it gathered information from a study spanning a time frame in which electronic entertainment has continually evolved and, some would say, is consuming our daily and professional lives. The public demand for recycling outlets and the cost of publicly handling this material has caused some states to invoke extended producer responsibility (EPR) legislation, forcing producers of electronics to internalize end-of-life costs of their products. According to the Electronics Take Back Coalition, 65% of the US population is now under an e-waste law, all of these except populations in Utah and California are EPR based. The majority of consumers are now able to recycle their old electronics through the company they bought them from, local suppliers, and other local recycling businesses.

The EPA estimated that in 2009, 438 million new electronic products were sold; 5 million tons of electronics were in storage; 2.37 million tons were in need of end-of-life management; and conclusively, that 25% of these tons were collected. Of that, Table 2 shows the estimates of e-waste in storage.

The Coalition for American Electronic Recyclers (CAER) represents a grouping of companies (Redemtech, Hesstech, ECS Refining, Hugo Neu, Cascade Asset Management, Electronic Recyclers International, and Sims Recycling Solutions) that believe maintaining US e-waste internally will sustain the economy by providing jobs that aren’t outsourced. In turn, it believes this will also strengthen trade relations with oversea manufacturers. As of January 16, 2012, there are 46 member companies operating a total of 108 facilities in 32 states, plus the District of Columbia.

Sims Recycling Solutions offers legislatively compliant e-waste disposal services that are both cost effective and safe for those who want to responsibly dispose of their old electronics while maintaining their safety for data residing on their passed-on electronics. Sims sends the majority of their recycled materials to China with plastics from electronic equipment being their prized commodity. For China, there is a very short list of audited materials. Steel is a material Sims typically sells domestically to steel mills, with some of it going to India, Pakistan, and the Philippines. Some aluminum and copper gets shipped to Canada, Europe, and Japan.

In China, part of the management requires monitoring of the system of production by separating different types of hard plastics. Sims, for instance, turns poly carbon, into pellets before it is sold to compounders in China. Steve Skurnac, president of Sims Recycling Solutions, says, “They are always open and welcome to the domestic sales of materials, in fact, that is one of their goals. The problem is that there is just not enough infrastructure domestically to be sustainable.” Sims recently opened new plants in Dallas and New Jersey to go along with numerous other plants spanning from one coastline to the other in the US. The company supports local sales and prides itself on canceling out middlemen and dealing directly with global buyers. Skurnac says, “It is how we take ownership of our business, plus, it allows Sims to perform audits to protect the environment and workers.”

Sims, along with the many other businesses and institutions who are apart of the CAER, supports the passage of The American Electronics Recycling Act. This legislation is meant to prohibit the export of certain electronic waste from the US. This bill is in the beginning stages of the legislative process. It must first go to committees that deliberate, investigate, and revise certain aspects before it goes on to general debates. The bill has been introduced and referred to the committee, if it passes, it must then be reported by the committee, pass the house and senate votes, and be signed by the president. Paul Vetter, a public relations consultant for CAER, commented on the legislation by saying, “The idea behind the legislature is to build a domestic raw materials industry that promotes fair and reasonable trade, which in turn, promotes reasonable investment infrastructure.” Vetter went on to mention that, “The big issue is that E-waste generated in the US is being exported inexpensively, thus negating the use of environmental standards and worker safety.” So, in essence, companies like Sims Recycling Solutions are a diamond in the rough.

Batteries
In 2010, it was estimated that 96.2% of the automotive batteries used were recycled in an environmentally safe manner, eventually being placed back into the manufacturing industry. Though batteries all come in their own functional, yet versatile form, they are typically comprised of the same two materials, an electrolyte and heavy metal. Gel-cells and sealed lead-acid batteries are commonly used to power industrial equipment, emergency lighting, and alarm systems. Automotive stores and local waste agencies may collect batteries for recycling gel cells as well.

Most button-cell batteries are small round batteries found in items such as watches and hearing aids containing mercury, silver, cadmium, lithium, or other heavy metals as their main component. Button cells are increasingly targeted for recycling because of their value as a recoverable material. They’re small sized and easy to handle relative to other battery types, making their recycle value high.

Exports of universal waste from batteries have been subject to hazardous waste export requirements since 1995. In 2009, roughly 2,554 tons of battery waste were exported to Canada for recycling. As stated above, exports of spent lead acid batteries became subject to RCRA hazardous waste export requirements on July 7, 2010, so the amount exported in 2009 for recycling isn’t known.

Hazardous Waste
According to a recent National Biennial RCRA Hazardous Waste Report, 16,220 large-quantity generators accumulated 35.5 million tons of RCRA hazardous waste in 2009. Of this, 305,840 tons or 1% of the whole was exported from the US. Canada received 78.7% of this wonderful material, where the majority is disposed of. Mexico received 15.8% of the exported amount, and the remaining 5.5% are split among the Republic of Korea, Germany, the Netherlands, and Japan. The Biennial Report is broken into two different sets of analysis, national and state studies. Companies such as Evonik Cyro LLC, Exide Technologies, Rineco Chemical Industries, and Systech Environmental Services, are spread nationally throughout the country to receive RCRA waste. Of the 35.3 million tons of waste produced in 2009, roughly 7 million tons were received domestically.

Much like its manufacturing sector, the Chinese recycling industry is the global leader in nearly every category imaginable. Data provided by the US International Trade Commission shows Chinese imports of US cast-offs (scrap metal, waste paper, and the like) skyrocketed to an eye-popping 916% over the 2000–2008 period, with most of that expansion occurring after 2004.

All of these exported goods have to be shipped. If one thought the cost of shipping were going to price the export market out of competition, think again. The transportation of these materials is done across sea-lanes, and the transportation is getting more efficient. Take, as an example, The Emma Maersk, built in Denmark in 2006, is one of the many container ships moving these materials across the world. She and her seven sister ships are the longest container ships constructed and the longest ships in service. She is 1,302 feet long and has one of the largest internal combustion engines built, developing 109,000 horsepower. This turns the longest propeller shaft at 423 feet, which drives the largest propeller, 156 tons. This gives Emma Maersk a top speed of 25.5 knots. To run all of this takes a crew of 13 people. The Emma Maersk is able to carry around 7,500, 40-foot containers. This enables her to move goods between Asia, Europe and the US very cheaply. Today’s rate for a 20-foot container is currently about $700. This would hold about 35,000 T-shirts, which makes the cost of shipping one from China to Europe about 2 cents.

Globalization is driven by more than just cheap labor; it is driven by innovation. For the domestic recyclable material end-use market to grow, one of two things needs to happen: barriers to export trade or domestic innovation.