Is Recycling a Fraud? Why Should I Bother? 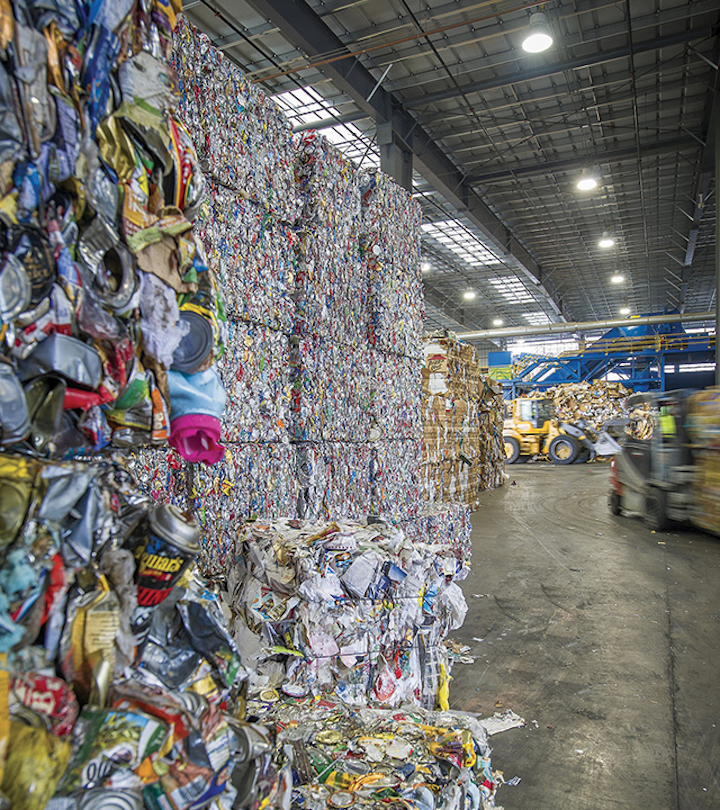 Many people in the US are constantly asking, “What plastics are recyclable? Where do my recyclables go? Are my recyclables going to a landfill?” People are growing concerned that their efforts to separate their recyclables at home are going unnoticed. With China’s National Sword policy in full effect since 2017, the recycling industry has been fighting to stay above ground and keep recyclables from disposal.

“Recycling” has a much different definition to members of the general public than to those of us who work within the industry. The definition of a “recyclable” item changes by region and town and, unfortunately, this leads to many people going about the process incorrectly and contaminating the recyclable stream. Incorrect recycling habits—often described as “wishful” recycling—have a direct negative impact on the price of the marketable commodity and, possibly, the ability to recycle the commodity at all.

Information about marketable recyclable materials needs to be promoted to remove material, which historically has been recyclable, from the stream. Education about what is recyclable, or not, and establishing a two-way conversation among residents and solid waste management organizations, can be cornerstones of the effort to inform people about the current policy changes that affect the recycling market while leading to a reduction of recyclables from landfills.

The Impact of Social Media
Social media has infiltrated our society. The graphic below displays the penetration of social media among today’s members of society. Social media is no longer just a tool for younger generations.

Nearly two-thirds of all 50- to 64-year-olds are active on at least one social media platform. For any education or outreach strategy, one of the most important practices is to reach your audience where they already are—in this case, the audience is already actively engaging on social media platforms. On Facebook alone, there are over 60 million Facebook pages for groups, businesses, and organizations. The most widely-used platforms are Facebook, Twitter, Instagram, and LinkedIn, but there are dozens more. Having a social media presence doesn’t make your municipality or organization unique—it is the bare minimum in today’s increasingly digital world.

Social media gives your solid waste management organization the potential to connect with people passionate about recycling and to help educate those members of the public who may not be supportive or just not know enough about proper recycling methods. Organizations or municipal agencies can use social media content to drive friends of friends to engage. People trust their friends more than they trust ads. Since social media allows your organization to share content that demonstrates your expertise in a particular area, it can be used to position you as a thought leader in your space. Lastly, this online outreach allows you to target your audience more narrowly and boost your content for a relatively low upfront cost compared to traditional media.

Bringing Recycling Education into the Digital Age
Many communities across the US are looking for ways to improve their recycling programs through education. With the recycling markets changing and program costs increasing, communities are forced to get creative to reach end-users to educate them on proper recycling methods. The integration of social media in a community’s current program provides additional untapped opportunities to educate the public on recycling. Leveraging social media to reach the majority of the population can lead to a significant impact on results.

The act of creating a social media account is not enough to drive residents to your page. There is a constant need for creative and fresh content to drive residents to your account and establish your organization’s page as a hub for information. A best practice is to establish a schedule of curated posts ready to be shared to the platforms at an agreed-upon time and date. This allows a specific staff member or consultant to curate the account with engaging graphics and text that will help communicate the key messages that your organization has developed. Each of your organization’s posts, regardless of the platform, should tie into its core messages to ensure that the messaging and social media presence are compatible with one another.

While newspapers and other forms of traditional media such as television and radio are seeing their market share and subscribers shrink, social media is rapidly expanding. Instead of “casting a wide net” by securing a newspaper article or a favorable placement on the nightly news and hoping your residents happen to see it, social media allows you to target only residents in your municipality or district. It also allows you to augment and amplify traditional media placements by repurposing the segment or article on social media, ensuring a wider audience who may have missed the original story.

Putting a Social Media Plan into Action
One community harnessing social media to generate attention, convey information, and gain feedback about its recycling program is New York City (NYC). HDR worked with the New York City Department of Sanitation (DSNY) on a market research report on recycling behaviors in the City’s public housing units. NYC Local Law 49 required DSNY to determine whether it would be feasible and reasonably effective for a pilot incentive program to increase recycling diversion rates in public housing. The New York City Housing Authority (NYCHA) serves 403,729 residents within 177,000 public housing apartments across the five boroughs that comprise NYC. While recycling capture rates throughout the City are roughly 50%, capture rates within NYCHA communities are only 1.5%.

To begin the project, a comprehensive baseline quantitative analysis was conducted via in-person, online, and phone surveys of residents in NYCHA communities in several languages. HDR crafted survey questions in conjunction with DSNY and NYCHA in order to study current attitudes and habits when it came to recycling. Concurrently, HDR researched several recycling incentive programs used in communities around the world to identify those that might be feasible in NYC. Feedback was sought from residents and other stakeholders to see which incentive program would be most motivating to increase recycling behaviors within their community using door-to-door surveys, focus groups, social media advertising, and an interactive website containing a short video. The social media advertising component of the online survey alone reached over 25,000 people.

Over 2,000 in-person intercept, online, and phone surveys were conducted in four different languages to provide the first statistically significant analysis on NYCHA residents’ recycling behaviors. The three methods of outreach allowed our survey team to hit differing demographics of NYCHA residents, in a way that was most convenient for them. While in-person intercept surveys were mainly answered by residents aged 35–54 years old and the telephone survey was most effective for residents aged 55 and over, the online survey promoted through social media was the most effective at reaching residents aged 18–34 and among those who have lived in NYCHA facilities for five years or less.

The qualitative portion, consisting of focus groups, stakeholder meetings, and online engagement, focused on the various incentive programs that could be implemented at NYCHA to increase recycling rates. HDR developed an online engagement platform in both English and Spanish to capture feedback on which incentive program was preferred, as well as residents’ thoughts on whether an incentive should be offered individually or to the community at large. Facebook ads were used to promote the survey, which reached over 7,000 NYCHA residents. While the cost for two months of door-to-door surveys with paid canvassers was very high to account for time and labor, two weeks’ worth of targeted Facebook ads totaled under $600. To best target residents for the surveys and promote the survey in the most cost-efficient way possible, the HDR team employed micro-targeting tools including census tracts, common interests including local businesses and organizations, and median incomes. This allowed us to reach the largest number of NYCHA residents while avoiding “spillage”—advertising to non-NYCHA residents who would not be eligible to participate in the survey.

What Did We Learn?
HDR learned that incentives were not a motivating factor for increased or better recycling habits. It was the convenience of bin locations that would increase recycling the most, along with a robust education program. The study recommended that instead of implementing an incentive program, funds could be spent on increasing the convenience level of recycling for residents and a dynamic education program to increase capture rates. One of the most interesting takeaways, through the feedback received in the focus groups and the number of impressions received on Facebook, was that social media was a leading source of information for residents, and provided a fast, easy way to disseminate educational materials to a targeted audience. The HDR team’s ability to use social media allowed DSNY to have a global understanding of current attitudes and habits on the recycling program at NYCHA facilities.

While traditional outreach strategies such as in-person intercepts or phone surveys were able to reach residents 35 and over, these methods proved difficult in reaching a younger, growing demographic in NYCHA facilities. The social media component of the project was a key piece in garnering feedback from 18–34 year-olds, who may be most susceptible to changing their recycling behaviors.

This model of combining traditional outreach strategies with a social media component to gain feedback on current recycling programs and habits can be replicated with success for very little upfront cost and can reach a wider variety of people. While traditional outreach strategies are labor-intensive, time-consuming, and often very expensive, social media allows your organization to reach the same, if not larger, audience for a fraction of the cost. These benefits, combined with the ability to target an intended audience, capability to track the return on investment based upon how many users saw the ad, how long they viewed it, and the demographics of that user—all directly within the platform chosen—prove that social media is a powerful tool that in our industry is too often underused.