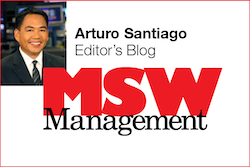 I’m not aware of any kids in my lifetime who have not had or played with Lego bricks. They’ve been a childhood staple for generations. It’s unimaginable to think about how many of the plastic bricks and sets have been produced throughout the Lego history. While you’re at it, try to imagine how much plastic has been used to make toys in general during the same time. Add to that plastic packaging for toys.

A modern toy maker that relies on plastic for its success is now trying to thrive in a world in which plastic waste is getting well-deserved bad press.

Lego is now trying to steer clear of that stigma and perhaps create a different legacy.

The Associated Press (AP) has reported recently that Lego is now checking out ways to get their consumers to recycle old or unwanted bricks. The company has started a program in which customers in the US can go to its website, print out a mailing label, put used Lego bricks in a box, and ship them for free. Lego plans on refurbishing the bricks and then donate them to a nonprofit group called Teach for America which will donate them to classrooms across the country. Some of the bricks will also be donated to after-school programs run by the Boys and Girls Clubs of Boston.

Joseph Pisani’s AP article says, “The company typically tells its customers to keep their bricks or pass them on to others. But some have asked for another way to donate them, said Tim Brooks, Lego’s vice president of environmental responsibility. Lego, like other big brands, is looking to please customers worried about discarded plastics’ impact on the environment. Plastics don’t disintegrate but can break down into tiny pieces and be eaten by birds or other wildlife, endangering their health.”

Lego is also trying to take another environmentally friendly step as it is now trying to find alternative materials to make its bricks other than plastic. It is a difficult challenge coming up with a material that has the same physical characteristics as the plastic bricks. But just last year the company started using sugar cane to make Lego trees and bushes.

If Lego is successful in creating its iconic bricks out of new, eco-sensitive material, it would also create a legacy equal to its cultural significance.